Activity 4: Feminism as a response: What is feminism?

To help us to reflect on a selection of current perspectives around feminism, as part of developing a common and shared understanding and definition of feminism.

There is little doubt that feminism has gained incredible prominence over the recent period. In fact, it was the word of the year for the globally renowned online dictionary, Merriam-Webster in 2017! So what is it? What are the core tenets defining feminism and is it a worthy response in struggling for freedom?

Spend some time reading through the views/definitions below and then discuss the questions that follow in small groups:

Please elect someone to report back to plenary.

Feminism can be broadly characterised by a concern with the systematic disadvantage of womxn and the means through which equitable outcomes can be achieved, it has never had one distinct set of beliefs or a unified position.

Despite the variations between different types of feminist approaches, there are four characteristics that are common to the feminist perspective: (i) gender is a central focus, (ii) gender relations are viewed as a problem: the site of social inequities, strains, and contradictions, (iii) gender relations are not unchallengeable: they are sociological and historical in nature, subject to change and progress and (iv) feminism is about an emancipatory commitment to change: the conditions of life that are oppressive for women need to be transformed.

Feminism is a movement to end sexism, sexist exploitation, and oppression.

Intersectional feminism is a form of feminism that aims to include all women and recognises that race, gender identity, sexual orientation, ability, and class all influence how much and in what ways women are oppressed.

The term “feminism” suggests a single ideology, but in reality it is a broad term for a variety of conceptions of the relations between men and women in society. Due to historical precedents, the current legal status of women in certain countries and certain other factors, feminist ideology has been compelled to move in different directions to achieve its goals. As a result, there are many different kinds of feminisms. Essentially, feminists question and challenge the origins of oppressive gender relations and attempt to develop a variety of strategies that might change these relations for the better.

Feminism is a movement which seeks to place women above men and trample men into the dirt. Feminists will tell you that their aim is to bring about equality, but equality ceased to be the aim of feminism years ago. Women are now (and have been for at least 5-10 years) given exactly the same treatment in every area of life as men. Women / Feminists now wish to take over, which is far from equality.

We need to reclaim feminism from those who use it as a political tool; from those who use gender politics to hide their true motivations. Feminism needs to work for all of us. A feminism that does not understand intersectionality, care about working class issues, or distinguish between men being in power and patriarchy, is not a feminism we need. 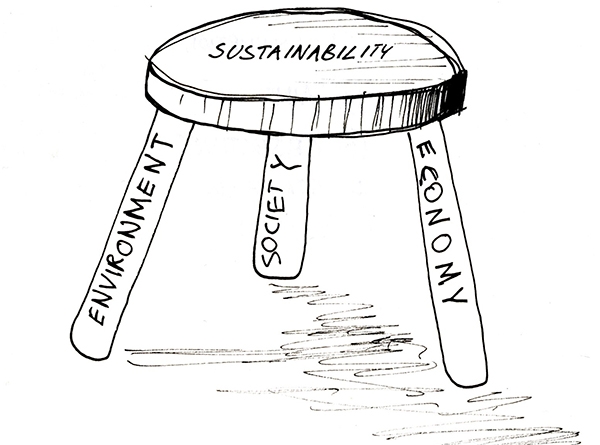 Once your deliberations are over, prepare to present your 3-legged stool on flip chart paper to the plenary.

You have 45 minutes for the group work.

The facilitator will synthesise your inputs, emerging with a consolidated definition and an elaboration on feminism today.

Previous
Day 2: Why Feminism?
Next
Activity 5: Feminist/ism through time: 1ˢᵗ, 2ⁿᵈ, 3ʳᵈ wave and beyond?